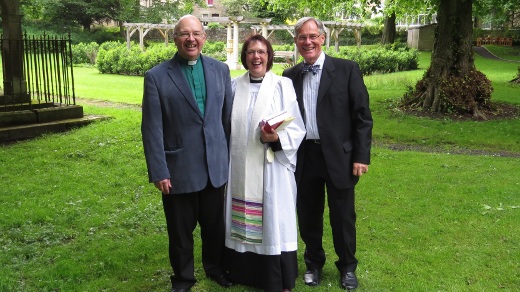 On Saturday 29th June Janet Frymann was ordained priest at St. John the Baptist Church in Buxton by Bishop Alistair.  Janet was ordained deacon last year and is now serving as a curate in North Wingfield.  The photo shows Janet and her husband Peter with William.  Janet and Peter were previously residents in Quarndon and active members of St. Paul's. Peter continues to serve as reader for us for which we are most grateful.  Our prayers and best wishes go to Janet as she progresses in her ministry.